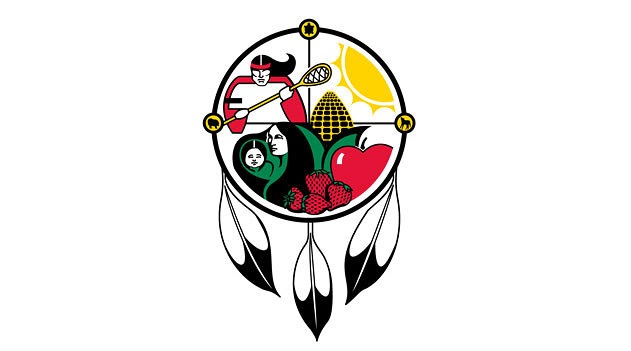 KSDPP continues to develop our research model based on the experiences of Kahnawakero:non, staff and researchers in a partnership between Kahnawake and universities. It is shared with other Aboriginal communities and all others involved with diabetes prevention. KSDPP trains a significant number of Aboriginal people in diabetes prevention intervention and research activities.

The Kahnawake Schools Diabetes Prevention Project (KSDPP) designs and implements intervention activities for schools, families and community to prevent type 2 diabetes through the promotion of healthy eating, physical activity and positive attitude for present and future Kahnawakero:non and for other Aboriginal communities.

KSDPP conducts community based research on these activities, trains community intervention workers and academic and community researchers and reports all research results to the community.

Kahnawake is a Mohawk territory of 7000 people on the south shore of the St Lawrence River 15 kilometers from downtown Montreal. The Mohawk Nation is part of the Iroquois Confederacy whose traditional lands cover an area that includes southern Quebec and Ontario, and northern New York State. Traditional diet consisted of corn, beans and squash supplemented by foods acquired through fishing, hunting and gathering.

The current community was founded in 1680 and established at its present location in 1716. There is strong community control over politics, health and social services and education, combined with higher levels of education and acquisition of professional degrees. In the past thirty years, Kahnawake has made a strong commitment to reinforce Mohawk culture and language within community structures and the Iroquoian philosophy of participation by the people in decision-making continues to be reinforced.

Type 2 diabetes has emerged as a major public health threat to Aboriginal populations in the second half of the 20th Century. Rare before the 1940’s Type 2 diabetes has become increasingly common among indigenous peoples in North America, Australia and the South Pacific Islands. In Canada, the prevalence of Type 2 diabetes among aboriginal people is two to five times greater than in the general population. Rates of complications are often higher including increases in the age-adjusted mortality from Type 2 diabetes, higher rates of end stage kidney disease, eye damage, lower extremity amputations and ischemic heart disease.

In Kahnawake, 12% of adults 45-64 year olds have documented Type 2 diabetes, twice the rate of the general population of the same age. This population suffers the highest rate of macro vascular complications yet documented in a Native community. 48% have coronary artery disease and the overall risk of a macro vascular complication is 6 times higher than for those without diabetes. Eighty six percent of diabetic patients in Kahnawake are obese. In 1981, the average age of onset of Type 2 diabetes was 59 years and in 1995 it was 49 years.

This information led to many requests to help prevent future generations from suffering the same burden of disease. Concerns about the perceived increases of obesity in children, combined with the Mohawk tradition to care for future generations, led to the development of a prevention program focusing on elementary school children, their families and the entire community. The Kahnawake Schools Diabetes Prevention Project (KSDPP) began in August 1994 as a three-year NHRDP funded research project. Kahnawake organizations funded KSDPP activities for the 1997-1998 year and a combination of private foundations, federal government and community funding has funded the project through its third phase.

The KSDPP goal is to decrease the onset of Type 2 diabetes among present and future generations. The main objectives are to increase daily physical activity and healthy eating habits among Kahnawake children. Other important objectives are to mobilize the community, to foster community empowerment and ownership through participation in all aspects of the project and to build capacity within Kahnawake to ensure sustainability of KSDPP goals, objectives and activities in the future.